Even if Friday this month was just after Ascension Thursday, about 20 persons were present in the May meeting in Hotel Arthur.

After sorting out dinner orders the first presenter was Raymond Bell, the person who started this club in 2000, soon 16 years ago. He had planned to show the television interview related to his call for members to the club to be set up, but unfortunately we did not have a DVD player available. However, fortunately, Merja took the time to upload the program to YouTube, so everyone, even you who did not make it to the meeting, can now watch it.
(The video is only available from the link, not from the picture, due to limitations of the free version of WordPress used for this site.) 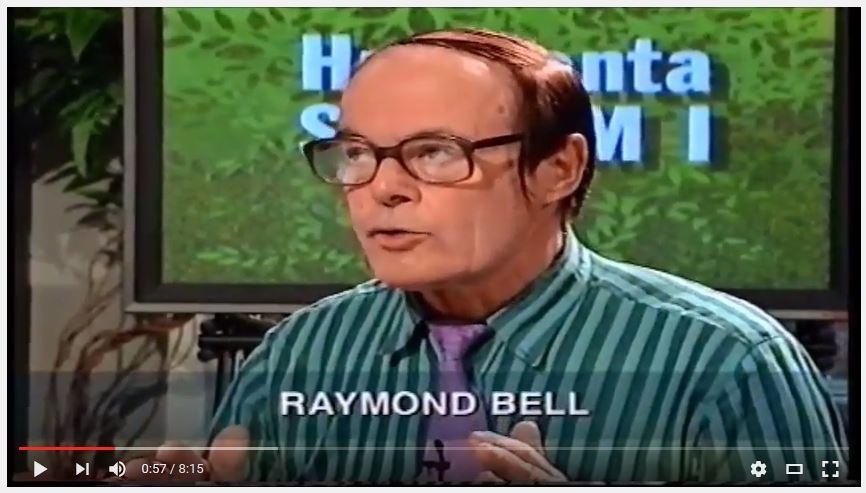 Some other topics were however discussed with Raymond.
One of the very current one being zika virus and travel insurance policies covering possible problems caused by it. Might be depending on the policy, but people traveling to areas affected might want to check it with their insurance company.
Another remark Raymond made led to an short discussion about retired areas for which at least Travelers Century Club has got a special list.

Raymond Bell is a member of Travelers Century Club and he seemed please that the club has still kept TCC’s area list as the criteria for membership. He also showed his 200 areas certificate to us and asked whether any one else is a member and we shortly discussed this topic also. As TCC does not have a Scandinavian chapter joining the club doesn’t give that much here, but some of us have visited a German chapter meeting.

More about club history also in this article written last autumn when the club celebrated 15 years of existence (including a newspaper article about Raymond Bell in Helsingin Sanomat at that time).

Merja showed pictures from her resent visit to Libanon covering Beirut, Byblos and Baalbek. Merja has already published an article, including pictures, on our website, so if you haven’t read that yet, feel free to do so.

Sakari and Sari (and Olli and Tuomo, not present) had been in Tadzikistan with Arial-Travel. The short trip, 6 days, 4 of them actually in the country, was very intense, hardly leaving time to even sleep, but of course on the other hand, a lot was covered. You can read more about this trip in Sakari’s blog.

Future travels were also discussed and among other emerging plans every one seems to have (or will come up with), remember Turkmenistan around mid-April 2017. We’ll come back with definite dates as soon as they have been fixed. The flights will probably go via Belarus (Minsk) with a one night stopover there.

Next month our main speaker will be Arto and the topic his trip to Antarktis, so even if June would be hot, this topic should be cool enough for you to join us on June 3rd!
(Arto wrote a short summary about this trip (in English in Arto’s blog) on this site already last autumn, but of course live presentation and discussion will give you even more.)

(These meeting minutes are written in English, as an exception, to honor Raymond’s coming back to the club.)